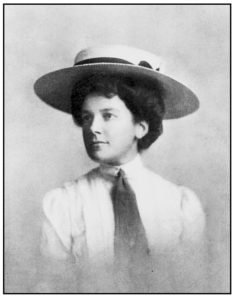 She came to Canada in 1902 and lived in Hamilton for only three years before moving to the United States, but during her brief stay in the Steel City, playing as a member of the Hamilton Golf and Country Club, she was a sensation. Campbell became golf’s first female superstar, winning virtually every tournament there was, including the Canadian, the U.S. and the British Amateur Championships.