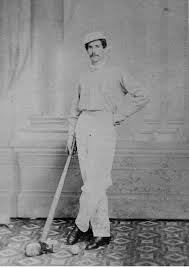 He transitioned the game from ‘old Canadian rules,’ which saw teams of 11 players participate in games of two innings in length.

Shuttleworth was a member of the Ontario team which included players from Hamilton and Guelph, and finished third in a Detroit tourney in 1868. He was also an umpire for ‘important games’ in the 1860’s. Shuttleworth is a member of Canada’s Sports Hall of Fame and the Canadian Baseball Hall of Fame.